Why is Vitamin D3 So Important? 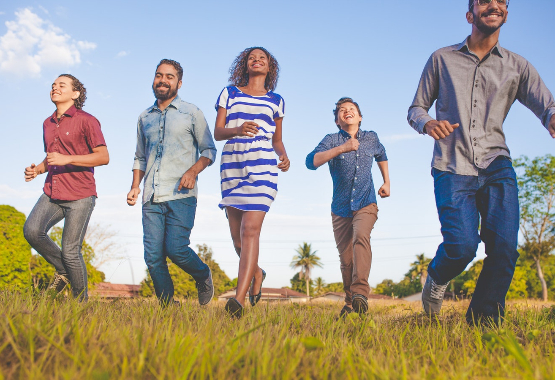 A number of studies have confirmed that vitamin D supplementation can help alleviate symptoms of depression. Most recently a study published in Psychiatry Research found that vitamin D insufficiency could predict the emergence of clinically significant depressive symptoms. Vitamin D has been shown to improve a number of brain disorders including dementia and Alzheimer’s disease. Researchers estimate that among seniors as high as 95 percent are at risk of vitamin D deficiency or insufficiency and evidence suggests that vitamin D may be an important factor is successful prevention.
2. Positively Influences Brain Disorders such as Autism

Researchers recently highlighted the importance of vitamin D in the prevention of intestinal diseases, including cancer. Science has known for some time the importance of vitamin D to counter the effects of inflammatory bowel diseases such as Crohn’s and ulcerative colitis.
4. Helps to Reduce Eye Conditions such as Dry Eye and Macular Degeneration

According to a recent study published in the International Journal of Rheumatic Diseases," patients with vitamin D deficiency should be evaluated for dry eye syndromes."
Vitamin D deficiency may also raise the risk of age-related macular degeneration (AMD) if you are genetically predisposed to it. This study suggests that if you’re at high genetic risk for AMD, having sufficient vitamin D levels might help reduce your risk.

We’ve already discussed the importance of vitamin D and it’s ability to counter the effects of inflammatory bowel diseases such as Crohn’s and ulcerative colitis. There is additional evidence linking vitamin D deficiency to chronic inflammatory diseases such as rheumatoid arthritis and other arthritic diseases.
6. Strengthens Your Body’s Ability to Fight Infections
Vitamin D is well known for its ability to combat infections and strengthen immune function. Research suggests vitamin D supplementation may be an easy and affordable way to fight even more serious infections like HIV.
7. Protective Effects Against High Blood Pressure and Hardening of the Arteries
Science Newsline reports “The results add to the evidence that lack of vitamin D can lead to impaired vascular health, contributing to high blood pressure and the risk of cardiovascular disease.” Even if you’re “generally healthy”, if you’re deficient in vitamin D your arteries are likely stiffer than they should be resulting in high blood pressure.
8.  Lowers the Risk for Autoimmune Diseases such as Multiple Sclerosis and Lupus
At least a dozen studies have noted a strong link between multiple sclerosis (MS) and vitamin D deficiencies. Research has also shown that most patients with systemic lupus erythematosus (SLE) have some level of vitamin D deficiency. Those with lower levels also tend to have greater difficulty controlling their disease.

Vitamin D3 - A Potent And Active Form of Vitamin D
Vitamin D3 (Cholecalciferol) is the form of Vitamin D produced by the body after exposure to sunlight. Common vegetarian Vitamin D supplements are Vitamin D2 (Ergocalciferol), which is a derivative of ergosterol and is not produced by land plants or vertebrates. The healthy debate continues regarding whether D2 offers equivalent efficacy to D3 in the body, with the majority of the Scientific community suggesting Vitamin D3 is superior. After our research, our conclusion is that Vitamin D3 (Cholecalciferol) is the best form of Vitamin D for the body.
Live Wise Naturals D3 is a unique liquid formula developed for vegans, strict vegetarians, and those who prefer a form of vitamin D3 that isn't derived from lanolin. This plant-based liquid formula is in the natural form of vitamin D (cholecalciferol), the same form our bodies make from sunlight and the form our bodies absorb best.
PLANT-BASED VITAMIN D3 MADE FROM LICHEN
Lichens are symbiotic plants that are made of both fungi and algae. This gives them unique attributes such as surviving in extreme climates and having the ability to grow and accumulate meaningful levels of useful nutrients, including Vitamin D3!  The Lichen in our products is naturally occurring and sustainably harvested. 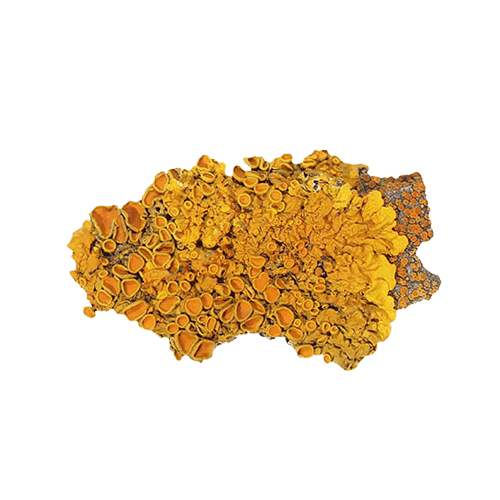 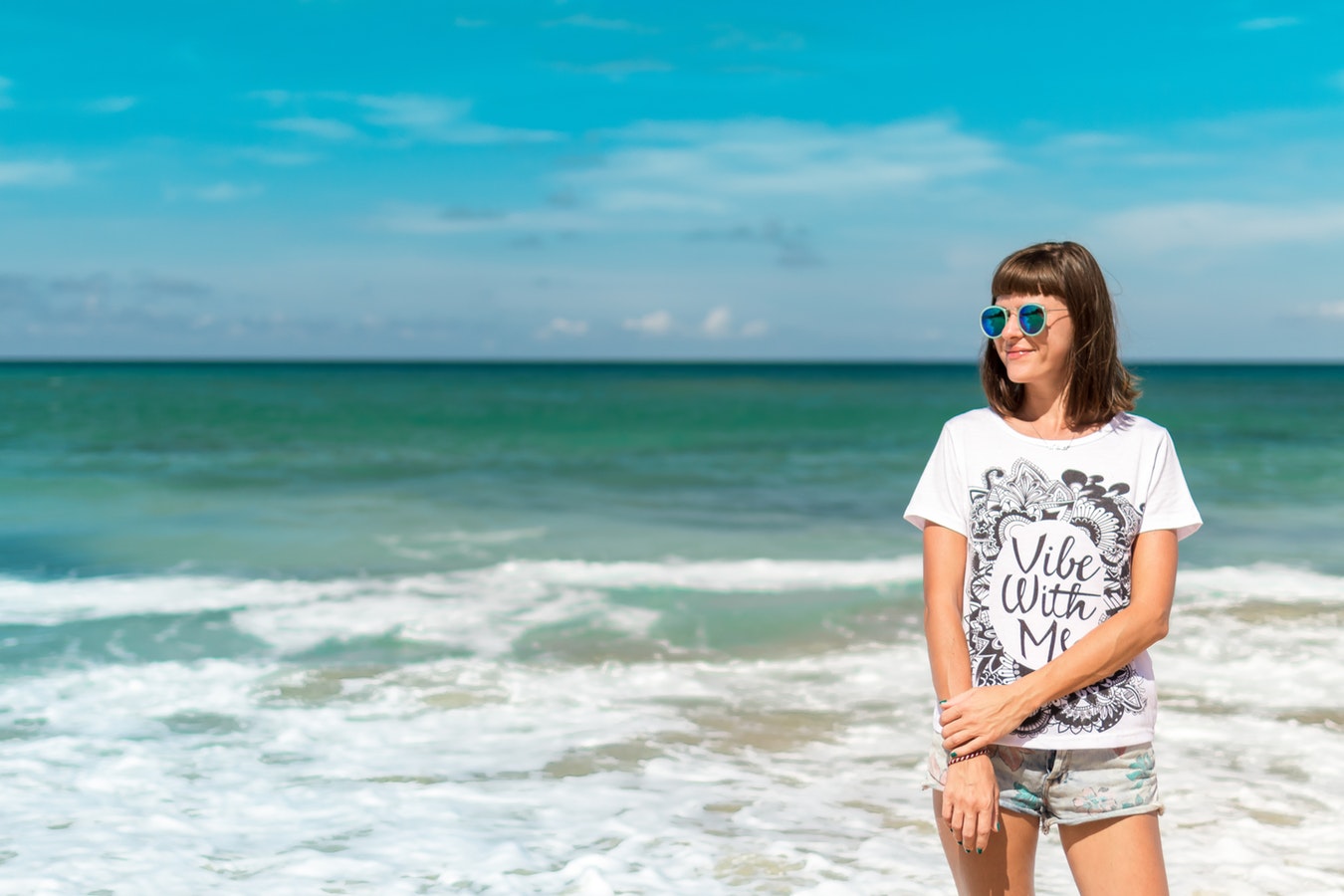 Vitamin D supplementation is necessary for many Americans. Experts recommend that you have your physician test your vitamin D levels, particularly if you are at risk of deficiency, and that you take supplements if needed. Some foods contain vitamin D, but not in amounts high enough to meet the daily requirement.
The current recommendations of the National Institute of Health are for infants to get 400 International Units (IU), people ages 1 to 70 to get 600 IU, and people over 70 years old to get 800 IU. 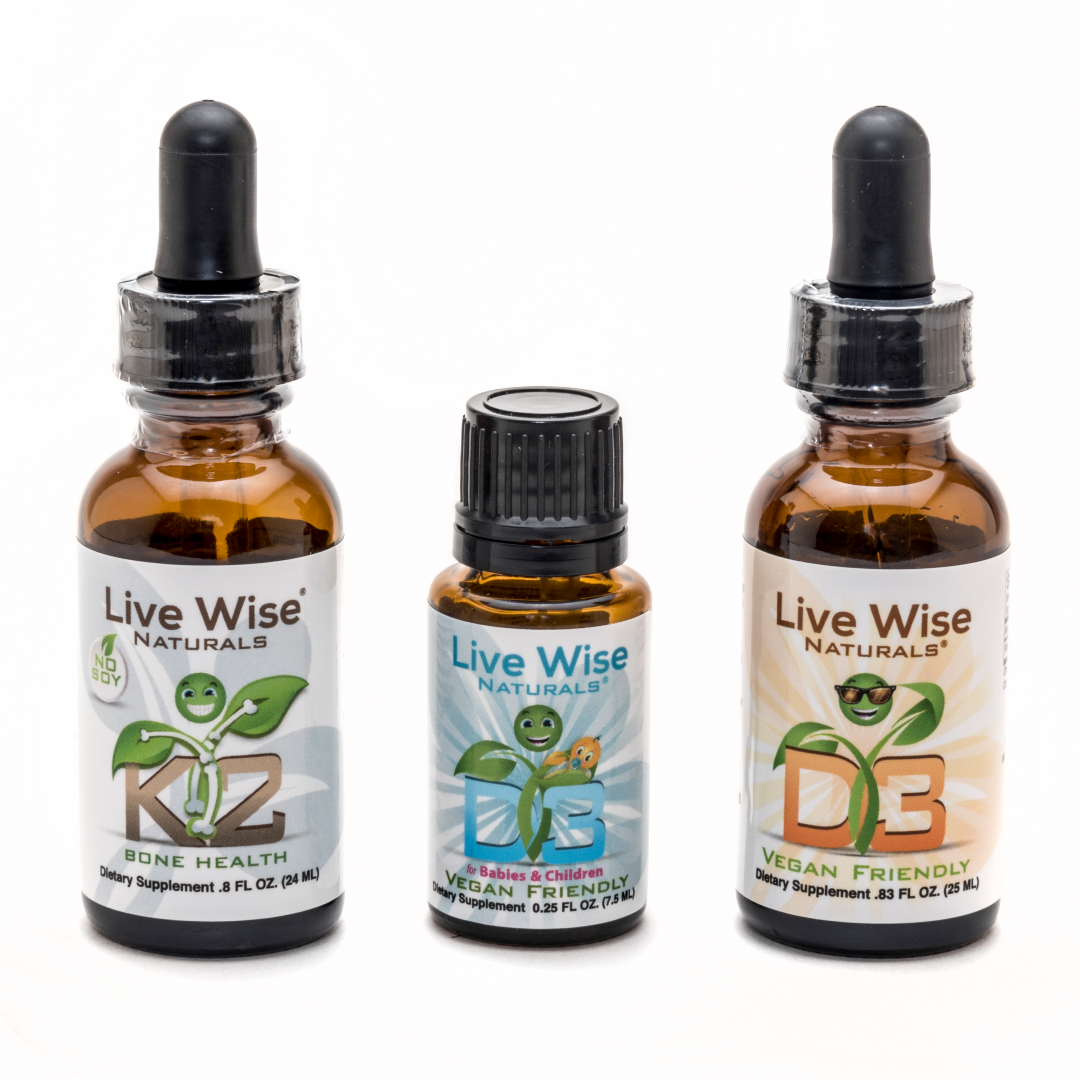 Without K2, D3 absorption is not optimal. K2 is essential for bone health. Calcium absorption is greatly enhanced when D3 and K2 are used together.  Combine with our Vitamin K2 for optimal absorption.